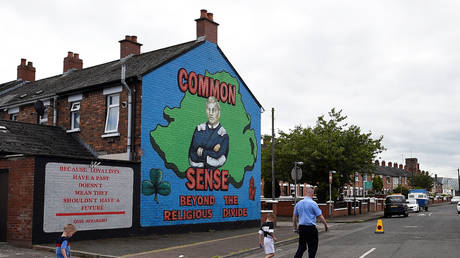 The Council of Europe has reopened the case of the murdered Belfast lawyer Pat Finucane after Britain rejected an inquiry into his death in December, the human rights body said on Friday after a meeting in its 47 member states.

In an attack that turned out to involve a collaboration between the British state, the 39-year-old Finucane was shot 14 times by members of the Ulster Defense Association (UDA) in front of his wife and three children at his home in Belfast in 1989.

The Council of Europe said it would “monitor ongoing measures” taken by the United Kingdom to address the lack of a proper investigation into Finucane’s murder and called on the Northern Ireland Police Ombudsman to provide an update.

Britain’s Northern Ireland Secretary Brandon Lewis told parliament in December he had done so “considered” a public inquiry into the murder but had chosen not to pursue one “at this stage” and instead allows the Ombudsman to continue his own review.

The assassinated lawyer John Finucane, a Sinn Fein MP for Belfast North, said on Friday that the Council of Europe’s move was a “very important” step, so it “the truth may finally emerge.”

During the riots, Finucane represented both loyalist and Republican paramilitaries, including the IRA hunger strike and MP Bobby Sands.

A British government study published in 2003 showed that the state had cooperated with loyalist paramilitaries in Northern Ireland and that there was also a deliberate lack of records and a “absence of accountability.”

Sir John Stevens, who led the inquiry, concluded in his report that a collaboration had been found between the British security forces and loyalist paramilitaries in Finucane’s murder and another man’s 19-year-old student Brian Adam Lambert two years earlier.