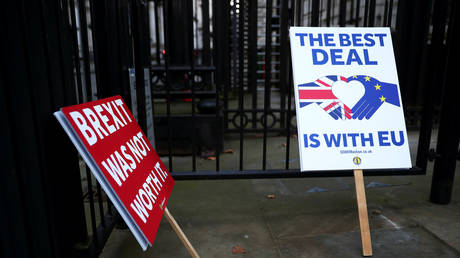 Ambassadors from the 27 EU countries have confirmed their government’s approval of the trade agreement after the United Kingdom, says a spokesman for the EU presidency. The agreement enters into force on 1 January.

Envoys from the Member States formally approved the agreement in Brussels. “EU Ambassadors have unanimously approved the provisional application of the EU-UK Trade and Cooperation Agreement,” Sebastian Fischer, spokesman for the current German presidency of the EU, tweeted.

The treaty has now received “green light,” said the spokesman, and the ambassadors’ approval allows duty-free trade with the UK to continue after it leaves the EU single market early next year, limiting potential disruption to cross-channel trade.

The post-Brexit agreement agreed by the EU and the UK on Christmas Eve must be ratified retroactively by the European Parliament, which is expected to vote in February or March following a review of the agreement.

In London, MPs are preparing to vote on the agreement on Wednesday. Labor has ordered its MPs to vote on the treaty so Britain can leave the EU without a chaotic departure from the bloc.

“The overwhelming majority of companies” in Britain has prepared for the end of the transition period on December 31, Prime Minister Michael Gove confirmed on Monday. He stressed that they must be ready for changes in trade and regulatory rules.

EU chief Brexit negotiator Michel Barnier told Le Figaro on Sunday that he envisions “questions and maybe some criticism” from European legislators during the ratification process.

Barnier did not rule out future disputes with Britain over the application of the agreement. However, any violation will be sanctioned, including by suspending the effects of the agreement, he said.

NATO has fought about 350 times for Russian planes in 2020

Celebrity birthdays in the week of January 3rd to 9th

Celebrity birthdays in the week of January 3rd to 9th

Bank of Cyprus cuts large depositors up to 60%

The tribute to the sentimental video closes Trebek’s last “Jeopardy!”

Ceres Power Holdings plc: Bosch collaboration with Ceres develops into mass production of SOFC systems with an initial capacity of 200 mw in 2024