Crowds cheered as a crane removed a statue of a Confederate soldier in Charlottesville, Virginia, the scene of a far-right rally three years ago.

The bronze figure, known as “Ready”, was removed on September 12.

There has been an increased focus on slavery-related monuments following mass protests against racism in the United States and abroad this year.

As a result, a number of statues were removed.

Monuments to the Confederacy, a group of southern states that fought for slavery against the Union in the U.S. Civil War of 1861-1865, are among the targets.

However, there is opposition to the removal of such symbols, with President Donald Trump saying earlier this year that he was “not even considering” renaming military bases after Confederate generals.

The statue was removed from the plinth in front of the Albemarle County Court, where it has stood since 1909. 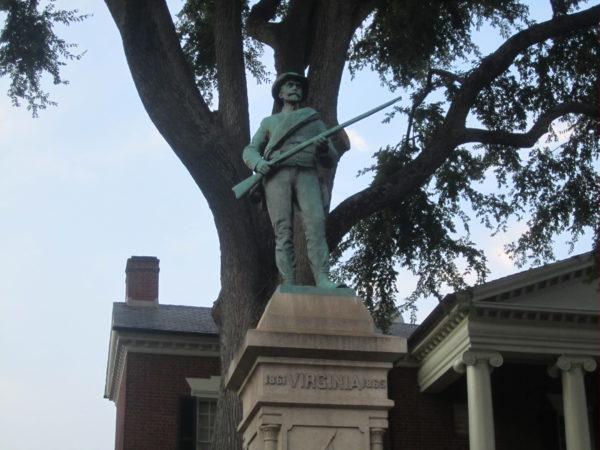 People gathered nearby danced to music while the monument, along with the cannon, were removed.

In 2017, Charlottesville became the site of the largest white nationalist rally in decades, following a plan to remove a statue of Confederate General Robert E. Lee.

Renowned neo-Nazi James Alex Fields Jr. was later sentenced to life in prison for crashing his car into a crowd of counter-protesters, killing 32-year-old Heather Heyer and injuring dozens more.

In June, Virginia Gov. Ralph Northum announced that another statue of General Lee would be removed, this time in the state capital, Richmond.

The decision was made amid mass protests in the United States after the death of George Floyd in the police.

Since then, however, a judge has issued a temporary injunction to stop the removal of the statue.

Vaccine Covid-19: Oxford University resumes the process after a break

Vaccine Covid-19: Oxford University resumes the process after a break

Meghan McCain blasts Gwen Berry for the American flag: “I will die on this hill”

Kenyan doctors are on strike to protest inadequate compensation, PPE