Coronavirus: Germany has announced a gradual easing of blocking measures

Germany is slowly easing the restrictions imposed by the fight against the coronavirus pandemic, announced Chancellor Angela Merkel.

The rules of social distance will be in effect at least until May 3, the Chancellor also recommends the use of face masks in shops and on public transport.

However, next week stores of a certain size may open their doors.

Schools will gradually start opening on May 4th.

She said the country “should continue to concentrate and move on”, adding that “they do not have much room for maneuver”.

According to the Robert Koch Institute (RKI), 127,584 cases and 3,254 deaths have been reported in Germany. 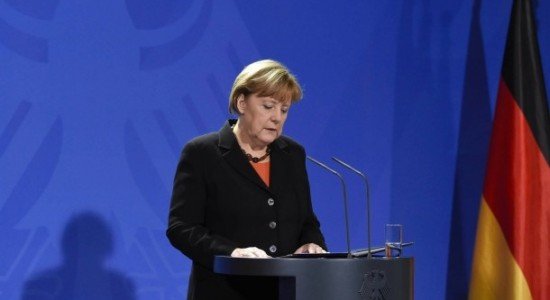 Denmark has reopened schools and nurseries for children under 11 years of age.

In Spain, construction and production work is underway again.

In Austria, thousands of smaller shops opened on April 14, and from May 1, the country will allow sports such as tennis, golf and athletics.

In Italy, bookstores and children’s clothing stores have reopened in some regions.

However, France extended its blockade for another four weeks until May 11. Belgium will maintain its restrictions until at least May 3.

In Russia, groups of veterans are urging President Vladimir Putin to postpone the victory parade as part of the 75th anniversary of World War II, scheduled for May 9, because of the risks it may pose to participants.

After a video conference with the leaders of 16 German states, Chancellor Merkel announced a gradual easing of tough blocking measures.

After May 4, schools may open “gradually and very slowly,” under new safety measures for breaks and school buses, and priority is given to those students who take the exams.

She said: “It’s going to be a lot of logistical work, and it requires very careful preparation.”

Car dealers, bike shops and bookstores can reopen, regardless of their size. Barbers will be able to open their doors from May 4, provided they also follow strict hygiene measures.

Angela Merkel urges people to wear protective face masks while shopping and on public transportation, saying it will “help protect other people.”

This makes Germany the last country to publicly issue recommendations on face masks, although Chancellor Merkel has not made it mandatory.

The German economy, the largest in Europe, entered a recession in March, its economy ministry said, citing “collapse in global demand, disruption of supply chains, changes in consumer behavior and uncertainty among investors.”

Last month, the German government adopted a stimulus package worth 750 billion euros ($ 816 billion) in an effort to alleviate the effects of the coronavirus.

Coronavirus: The United States has lost 20 million jobs in the last four weeks

Coronavirus: The United States has lost 20 million jobs in the last four weeks

‘Would this have improved if I had been wearing a suit and a tie?’: EU President Ursula von der Leyen condemns sexism in a ‘sofa’ incident

These are some of the most popular Google searches for 2020

What is incitement? Its meaning may be different in a court of law than in impeachment proceedings