Coronavirus: Many are trapped as China’s quarantine hotel collapses 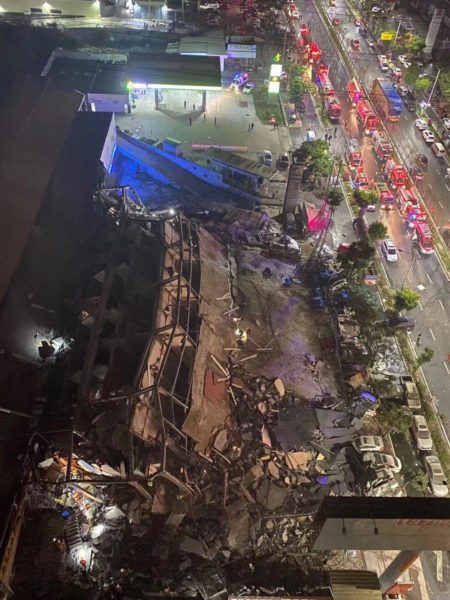 Seventy people were trapped after a hotel used as a quarantine facility for quarantine due to a coronavirus, in China’s Quanzhou province, collapsed.

According to officials, about 35 out of 70 people were pulled from under the rubble of the Xinji Hotel.

It is not clear what caused the collapse or when anyone died.

According to Chinese state media, the hotel was used as a quarantine to monitor people who had close contact with coronavirus patients.

The Xinjia Hotel reportedly opened in 2018 and had 80 rooms.

One woman told Beijing News that relatives, including her sister, were quarantined there.

She said: “I can’t contact them, they don’t answer their phones.

“I’m also in quarantine [at another hotel] and I’m very worried, I don’t know what to do. They were healthy, their temperature was measured every day, and tests showed that everything was fine. “

As of March 6, there were 296 cases of coronavirus infection in Fujian Province. Meanwhile, 10,819 people were placed under surveillance as they were in close contact with the infected.

According to the World Health Organization, more than 101,000 people are now infected worldwide.

More than 3,000 people were killed – most in the Chinese province of Hubei, where the outbreak began.

Coronavirus: How to wash your hands effectively?