Venezuela’s opposition has set up checkpoints and held demonstrations demanding elections as the country’s political and economic crisis deepens.

Protesters responded by calling on President Nicolas Maduro to call for a new constitution that would stop the unrest that killed 28 people.

Nicolas Maduro said his move was necessary to fend off a conspiracy against him backed by a foreign state.

The United States said it was an attempt to gain a foothold in power, while Brazil called it a “coup d’etat.”

Opponents of President Maduro want to hold a vote to remove him, accusing the left-wing president of food shortages that led to the riots.

The president rejected their calls and issued a presidential decree setting up a “constituent assembly” of 500 people to revise the constitution, a move that would bypass the opposition-controlled National Assembly. 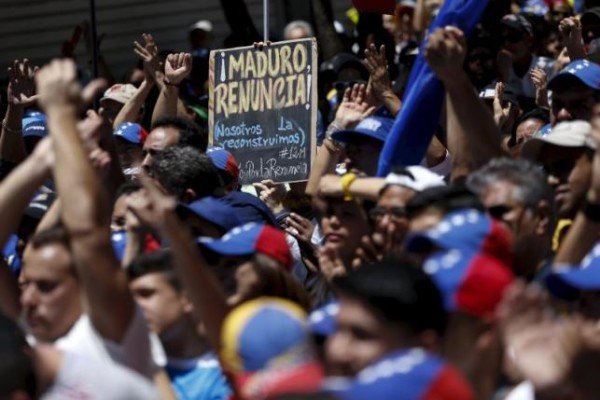 Nicolas Maduro announced his move to thousands of his supporters at a May Day rally two days ago.

Opposition leaders called for a “mega-protest” on May 3.

“You must not obey such madness!”

Widespread international criticism of this move.

The head of the Washington-based Organization of American States, Louis Almagro, called it wrong, unconstitutional and fraudulent.

US State Department spokesman Michael Fitzpatrick told reporters: “We are deeply concerned about the motivation of this constituent assembly, which undermines the will of the Venezuelan people and further erodes Venezuelan democracy.

“What President Maduro is once again trying to do is change the rules of the game.”

“This is another step in the destruction of a democratic order that contradicts the country’s own constitution,” he said.

In Venezuela itself, in opposition to the National Assembly, deputies voted to abandon the new body, and many said President Nicolas Maduro was trying to separate the legislature and avoid new elections.

Nicolas Maduro was elected in 2013 as the successor to the late Hugo Chavez, a popular figure who introduced extensive social assistance programs.

However, since then, falling Venezuelan oil exports have cut government revenues, and there is a shortage of food, baby milk, medicine and other supplies.

The IMF predicts that in 2017 inflation in Venezuela will exceed 700%.

The presidential election is scheduled for the end of 2018.

Health, people and work: The key to improving life

Health, people and work: The key to improving life