Venezuela has criticized a joint communiqué of 11 Latin American countries calling on the government to “guarantee the right to peaceful protest.”

Venezuela’s opposition is planning a mass protest on April 19.

The government has urged its supporters to hold competitive marches.

Venezuela is deeply divided between those who support the government of socialist President Nicolas Maduro and those who blame it for the economic crisis and want it to step down. 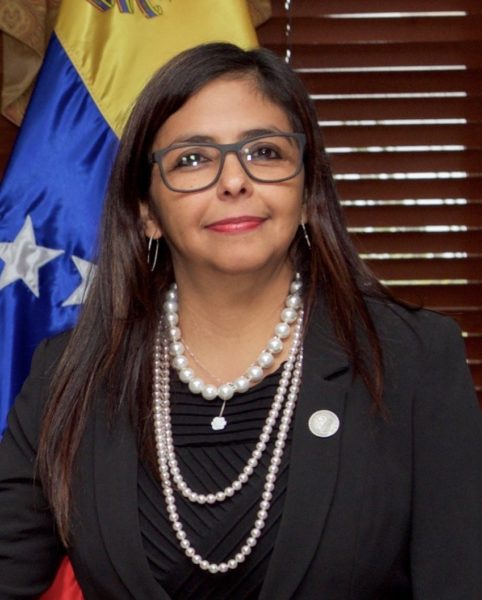 A series of anti-government protests took place in Caracas and other major cities, as well as six government supporters.

Latin American countries have called on President Nicolas Maduro to “prevent any violence against protesters” and called on opposition groups to “exercise their right to demonstrate responsibly so that the day remains peaceful when people express themselves calmly”.

They also called on the Venezuelan government to quickly set election dates “to address the serious crisis that Venezuela is experiencing and which is troubling the region.”

The regional elections, which were originally scheduled for December 2016, have been postponed by the Electoral Council to 2017, but a date has not yet been set.

Municipal elections are also scheduled for 2017.

Minister Delsey Rodriguez also wrote that “these governments are abusing international law by supporting interventionism in Venezuela, trying to run the country from abroad.”

Delsey Rodriguez concluded the series of tweets by saying that “there is no imperialist force in this world capable of defeating the sovereign people of Venezuela.”

Eror Azimov: Suspect in the explosion in the St. Petersburg metro says he only followed instructions

Eror Azimov: Suspect in the explosion in the St. Petersburg metro says he only followed instructions

Australia is passing laws to make Google, Facebook pay for the news