North Korea announced that it had “successfully” launched a ballistic missile on February 12 as part of tests under the control of leader Kim Jong Un.

According to the state news agency KCNA, the Pukguksong-2 is a medium-range and long-range surface-to-surface ballistic missile.

The United States, Japan and South Korea have requested an urgent meeting of the UN Security Council to discuss the incident.

The KCNA reported that the test of the Pukgukson-2 missile, a new type of strategic weapon that is said to be capable of carrying a nuclear warhead, was overseen by Kim Jong Un.

The news agency added that the missile was fired at a high angle taking into account neighboring countries. 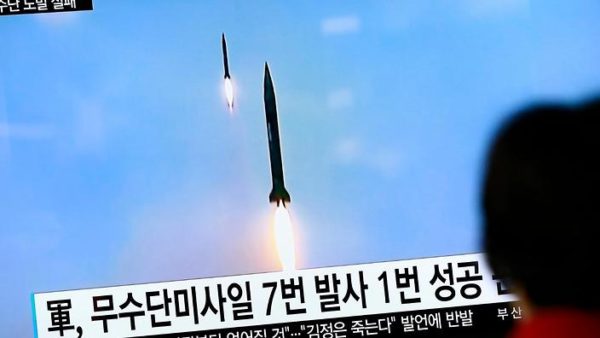 South Korean military experts said the missile was launched by a “cold release” system that uses compressed gas for its initial thrust, a system used for launched submarines.

The report also said that Kim Jong Un “expressed great satisfaction” over the test run, which he said “adds tremendous power to the country.

South Korean and U.S. officials said the rocket flew east to the Sea of ​​Japan about 300 miles away.

The level of the missile reached about 350 miles, the South Korean military said.

Experts believe the tests are programmed for shorter distances to avoid landing missiles on Japan.

This was the latest in a series of tests last year, including a fifth of a nuclear device in North Korea.

The launch took place at 7:55 a.m. local time from Pangion Air Base in North Pyongyang Province on the west side of the Korean Peninsula.

UN resolutions banning North Korea from conducting ballistic missile tests as part of a broader effort to ensure that it does not become a fully nuclear-armed state.

NATO also condemned the missile tests, with Secretary-General Jens Stoltenberg urging North Korea “no longer to escalate tensions and re-engage in a credible and meaningful dialogue with the international community”.

The EU also joined the criticism, saying in a statement that “North Korea’s repeated disregard for its international obligations is provocative and unacceptable.”

Matthew Morrison said so "Joker" He inspired his Grinch performance