The Pentagon has warned that Donald Trump’s anti-Muslim rhetoric is undermining US national security by strengthening ISIL.

Donald Trump has said Muslims should be banned from entering the United States following the deadly attacks from San Bernardino.

Secretary of State John Kerry joined the attack on the December 8 conviction, saying it was “not constructive” in the fight against ISIS.

ISIL’s armed forces are the target of a US-led bombing campaign in Syria and Iraq. 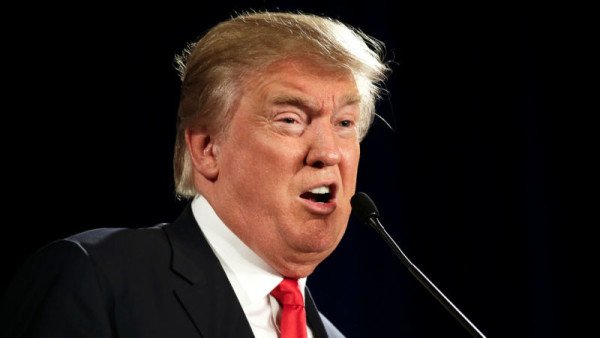 Donald Trump announced his plan days after an attack in California that sparked US fears of domestic terrorism.

A Muslim couple believed to be radicalized opened fire and killed 14 people at a social center in San Bernardino, California.

One of the two perpetrators, Tashfin Malik, reportedly promised allegiance to ISIL on the day of the tragedy.

In response to Donald Trump’s remarks, the Pentagon said a border closed to Muslims would hurt US efforts to counter extremist ideology.

Without mentioning Donald Trump by name, Peter Cook said: “Anything that supports the ISIS narrative and opposes the United States against the Muslim faith is certainly contrary not only to our values, but also to our national security.”

The Pentagon’s view reflects a tweet from Hillary Clinton that Donald Trump’s proposed ban is “not just against our values ​​- it plays right into the hands of terrorists.”

The discontent was quick as soon as Donald Trump said in a statement on December 7 that Muslims were inciting “hatred” for America and should be banned “until our country’s representatives understand what is happening.”

The Republican presidential hopeful and reality TV star later said it would not apply to people living in the United States.

Donald Trump defended the idea on December 8, comparing it to the policies pursued by President Franklin Roosevelt during World War II against the Japanese, Germans and Italians in the United States.

Muslim leaders, the UN and foreign leaders have criticized the call as dangerous and divisive, while the White House has said Donald Trump should be disqualified from the race.

Trying to explain his comments, Donald Trump said parts of London were “so radicalized that the police feared for their lives.”

In response to the billionaire’s comments, London Mayor Boris Johnson said it was “ridiculous” and added: “The only reason I didn’t go to some parts of New York was the real risk of meeting Donald Trump.”

The Prime Minister of the United Kingdom David Cameron said that Donald Trump’s comments were “divisive, useless and simply wrong.”

Residents are concerned about the proposed Amazon facility

Sanders rejects the bipartisan COVID-19 aid deal, calling it “unacceptable” as there are no payments for Americans