Syed Rizwan Farook and Tashfeen Malik, who were behind the San Bernardino attack that killed 14 people last week, had a targeted practice days ago, the FBI said.

David Boudic said both were radicalized and had been “for some time”.

The United States is investigating last week’s attack on a health center as an act of terrorism.

However, David Boudic said there was still no evidence that last week’s tragedy, the deadliest 9/11 terrorist attack in the United States, was planned abroad.

The FBI did not open an investigation into restaurant inspector Syed Farouk before he and his wife opened fire on his colleagues at a work event at the Regional Home Office. 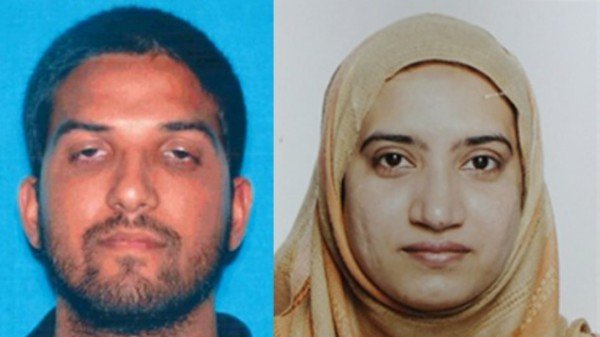 Both were killed hours later in a shootout with police.

Investigators said they had found 19 pipes that could be turned into bombs in the couple’s apartment, instead of the 12 previously reported.

A photo obtained from ABC News shows the couple arriving at Chicago’s O’Hara International Airport in Saudi Arabia in July 2014.

According to US officials, Sayed Farouk traveled to Saudi Arabia and returned about two weeks later with Tashfin Malik, who managed to come to the country on a fiancé visa.

Syed Farouk’s father told an Italian newspaper The seal his son sympathizes with ISIS and is fixed with Israel.

The family’s lawyer said he had recently told them that colleagues had mocked his beard and that the family knew he had two pistols and two rifles.

But they did not know about the arsenal of weapons accumulated by the couple.

Tashfiin Malik reportedly praised ISIL on Facebook on the day of the attacks.

The justice ministry said on December 7th that it was monitoring any anti-Muslim sentiment or attacks that could emerge after the mass shooting.