Donald Trump is under fire again after making fun of New York Times a reporter with a congenital joint condition during a rally in South Carolina this week.

The incident came as the Republican presidential candidate defended his recent claim that he had witnessed thousands of Muslims applauding in New Jersey on September 11, 2001, when the World Trade Center collapsed.

The allegation has since been verified and discredited by law enforcement and government officials who were in New Jersey in the days and weeks following the terrorist attacks.

On November 24, Donald Trump was insulted New York Times investigative reporter Serge Kowaleski for his recent recollection of an article written to him a few days after the attacks.

Donald Trump seems to be mocking Serge Kowaleski’s physical condition; the reporter has arthrogryposis, which visibly limits the flexibility in his arms. 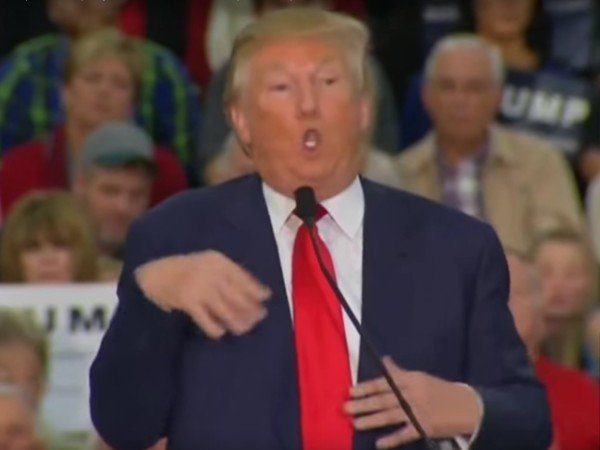 “Now, poor thing – you must see him,< А, не знам какво казах! Не помня! >> ” Donald Trump said as he pulled his hands in front of his body.

The gesture was even more personal because Serge Kowaleski reflected Donald Trump as he reported on New York Daily News between 1987 and 1993, a turbulent period for the businessman in which he struggled through several financial setbacks.

“The sad part of this is that it didn’t surprise me that Donald Trump would do something so low on rent, given his experience.” Serge Kowaleski said.

In a November 24 speech, Donald Trump defended his memory of Muslim parties, citing a 2001 article by Serge Kowaleski, who worked for The Washington Post at the time, noting that “authorities detained and interrogated a number of people allegedly celebrating the attacks and holding back-door parties on rooftops while watching the devastation across the river.”

These allegations have never been confirmed, but have persisted in online rumors for 14 years after the attacks. In an interview with CNN this week, Sergei Kowaleski said he did not remember “anyone saying that thousands or even hundreds of people were celebrating.”

Serge Kowaleski’s friends and colleagues took to social media this week to defend him – and surprised Donald Trump.

The New York Times also issued a sharp statement on 25 November stating: “We think it’s outrageous that he’s making fun of one of our reporters.”

That same day, Donald Trump wrote on Twitter: “The failed @nytimes should focus on good newspaper reporting and financial survival, not on the constant blows to Donald Trump!”

The mother of the baby from New York was found