A ceasefire agreement with Ukraine has been agreed in Belarus

The parties, having met in the Belarusian capital Minsk, agreed to cease fire by 15:00 GMT. However, the rebels said the ceasefire did not change their policy of advocating secession from Ukraine.

NATO, meanwhile, has agreed to form a multinational “spearhead” force capable of deploying them within 48 hours.

More than 2,600 people were killed after the rebels invaded several eastern cities.

The takeover forced a military operation by Ukrainian forces to retake the city.

The rebels, who were mostly pushed back to the strongholds of Donetsk and Luhansk, have achieved new successes in recent days.

On Friday, fighting continued around Mariupol, a coastal city about 70 miles south of Donetsk. 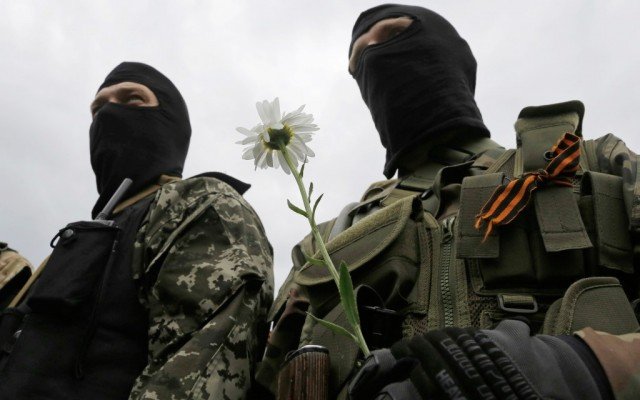 Earlier in the day, insurgents struck hard at Ukrainian forces, and large vapors of smoke could be seen as Ukrainian forces fired back in response with artillery and rocket-propelled grenades.

The West accuses Russia of sending weapons and troops to support insurgents in eastern Ukraine. But Russia denies the allegations.

The talks in Minsk were mediated by the Organization for Security and Co-operation in Europe (OSCE). They were attended by the former president of Ukraine, leaders of pro-Russian insurgents and a Russian delegate.

Both sides agreed to a ceasefire, and the OSCE said it would monitor the ceasefire.

President Petro Poroshenko has said the ceasefire is based on a 12-point peace plan that envisions the release of “hostages”, which he said may take place on Saturday.

“It is very important that this ceasefire lasts a long time, and during this ceasefire we have continued the political dialogue to ensure peace and stability,” he said.

Russian President Vladimir Putin was informed of the plan during a telephone conversation, he added.

NATO President Anders Fogh Rasmussen said that Russia’s actions in Ukraine were an alarm signal for the alliance and stimulated the formation of a rapid reaction force.

He welcomed the ceasefire, saying he hoped “it could be the beginning of a constructive political process”.

Meanwhile, the EU and the US are due to announce tougher sanctions against Russia targeting the banking, energy and defense sectors.

German Chancellor Angela Merkel has said the sanctions will contain a reservation on their suspension in the event of Russian cooperation.

Bob and Maureen McDonnell were found guilty of corruption

US employers added the fewest jobs in August 2014.

US employers added the fewest jobs in August 2014.

Live updates on the 2020 election: Here’s what’s happening in Florida in 2 days