Several men and women stormed the railway station of the southwestern city, stabbing people, killing 29 people and injuring more than 130.

Officials blamed the attack on separatists from the Xinjiang region.

Four attackers were shot dead by police at the scene, officials said. A suspected woman was reportedly detained.

Citing a statement from the Ministry of Public Security, the Xinhua news agency reported that six men and two women, led by a person identified as Abdurehim Kurban, were responsible for the attack.

There were no details on how the suspects were identified and apprehended. 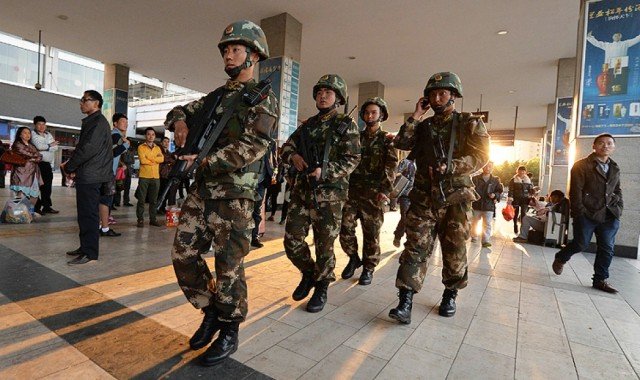 Officials say data such as signs found at the station about “East Turkestan” point to the involvement of separatists from Xinjiang, a region in far west China bordering Central Asia.

Witnesses described the gruesome scenes on Saturday, saying that in just 12 minutes the attackers used curved swords and meat choppers to stab people at random as they raged around the station.

Kunming is the capital of the Chinese province of Yunnan. Security was tight on Monday, with a large police presence at Kunming Station and surrounding areas.

Xinjiang is home to the Muslim Uighur minority. There have been several violent incidents in recent months, the government of which has blamed extremists. Verification of these reports is difficult because the access of foreign journalists to the region is tightly controlled.

China is often accused of exaggerating the threat of Islamist terrorism to justify the harsh security measures in Xinjiang and the restrictions it imposes on the religion and culture of Uighurs.

The AstraZeneca Covid vaccine will be tested on children